Fast-paced 6-day round trip in Uzbekistan: On this private trip you will visit the beautiful cities of Tashkent, Samarkand, Gijduvan and Bukhara.

This trip passes through the city Gijduvan, which is located between Samarkand and Bukhara. Gijduvan is famous for handicrafts: mainly for ceramics and embroidery. Gijduvan ceramics is distinguished by its brown, green and yellow tones. Gijduvan embroidery is known for its natural dyes and traditional ornaments. 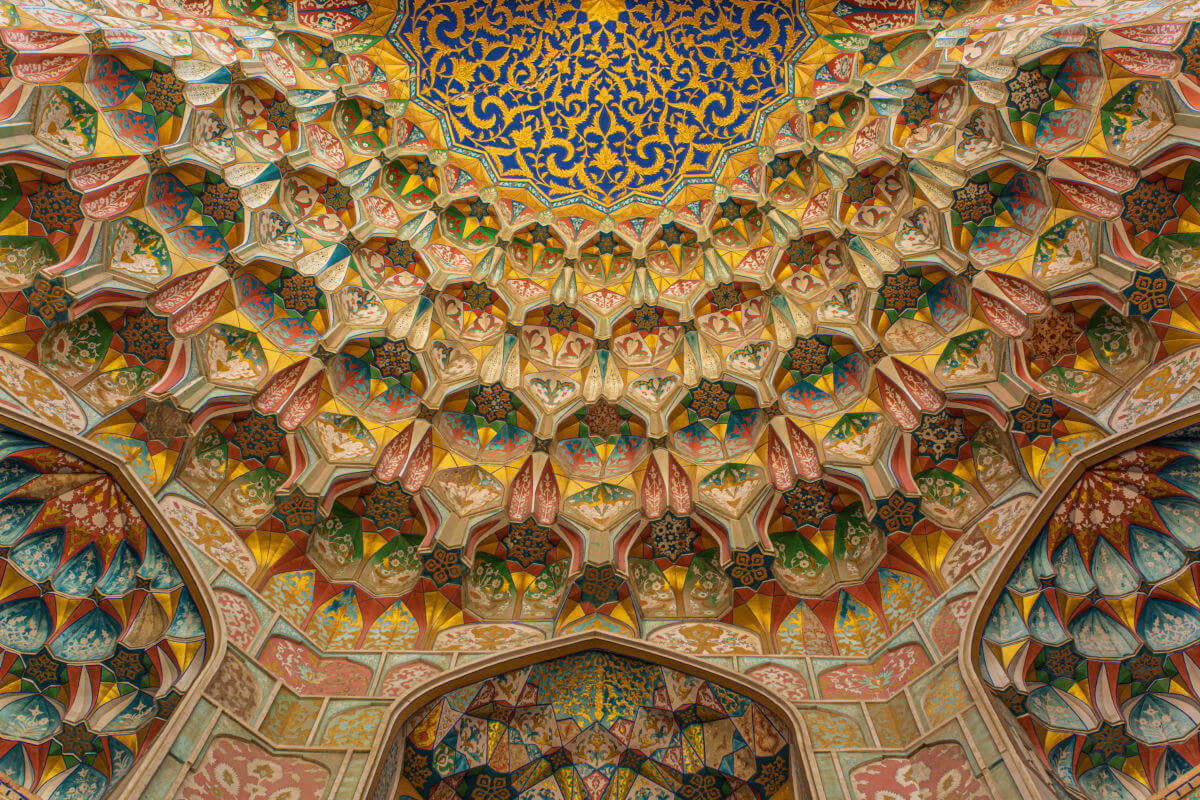 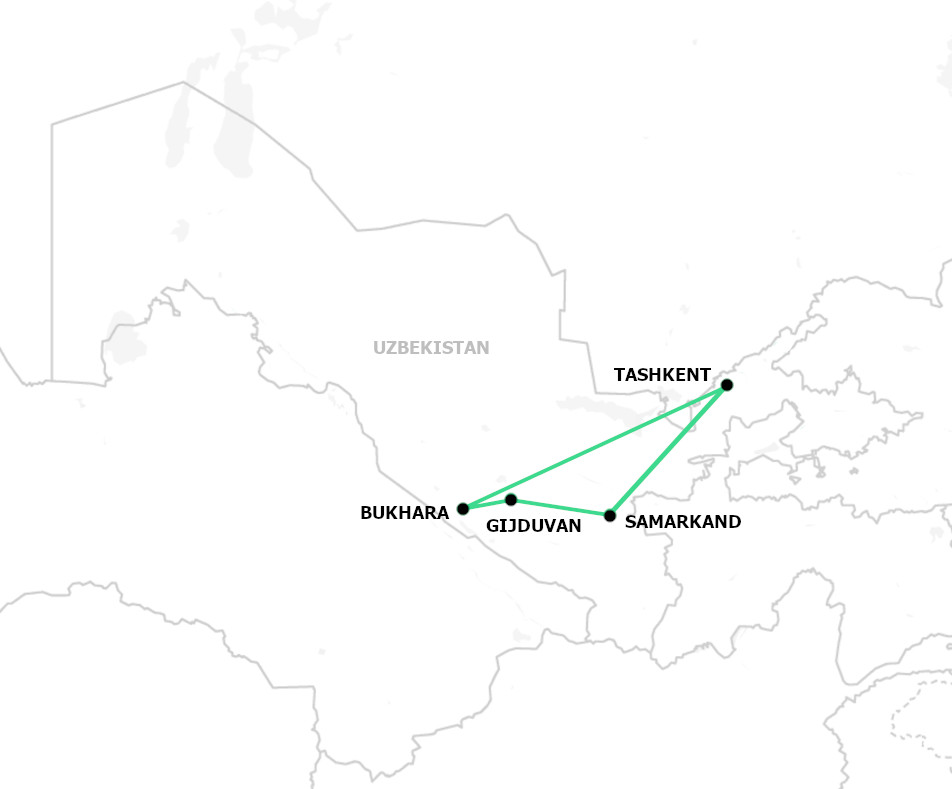 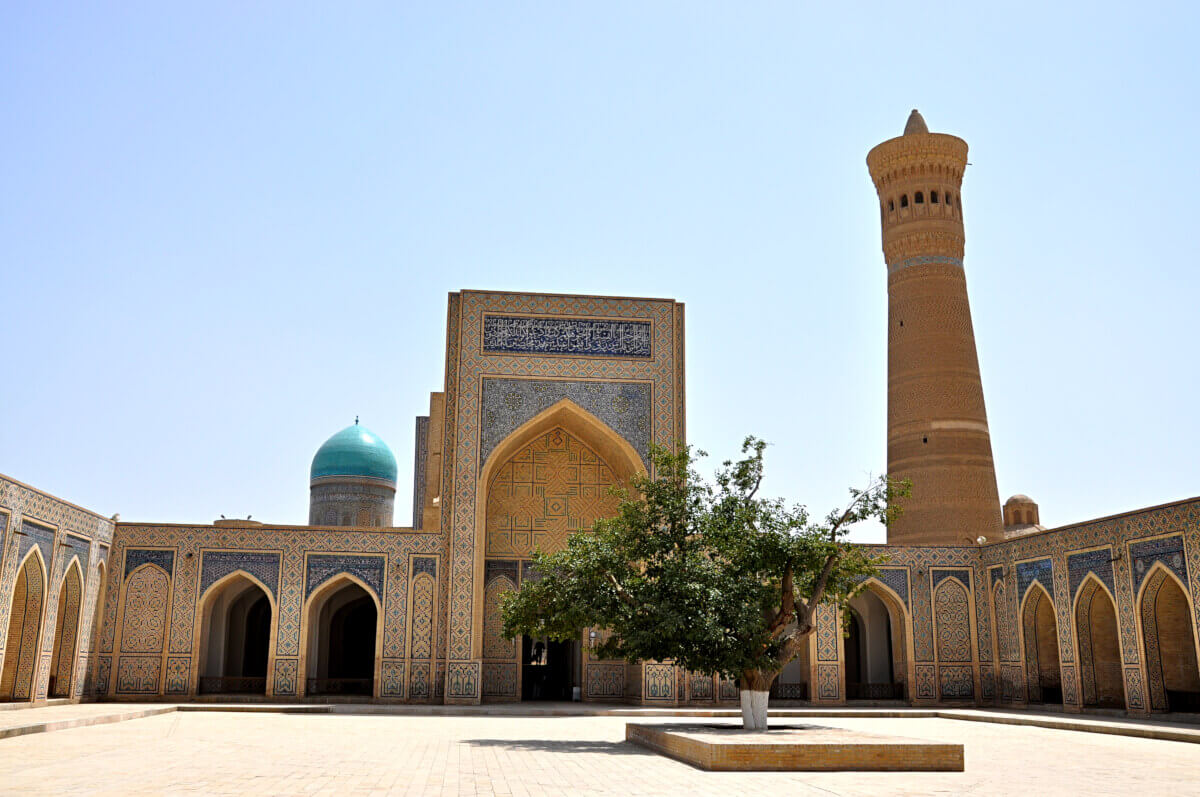 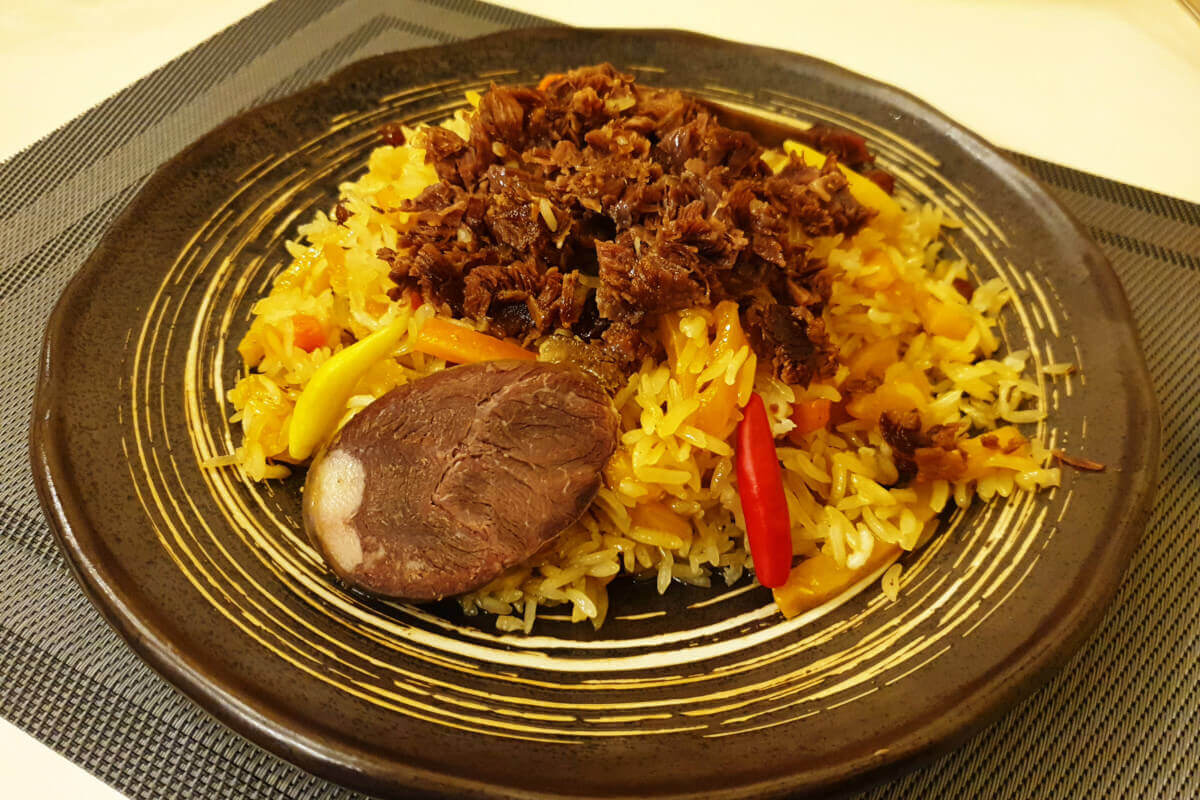 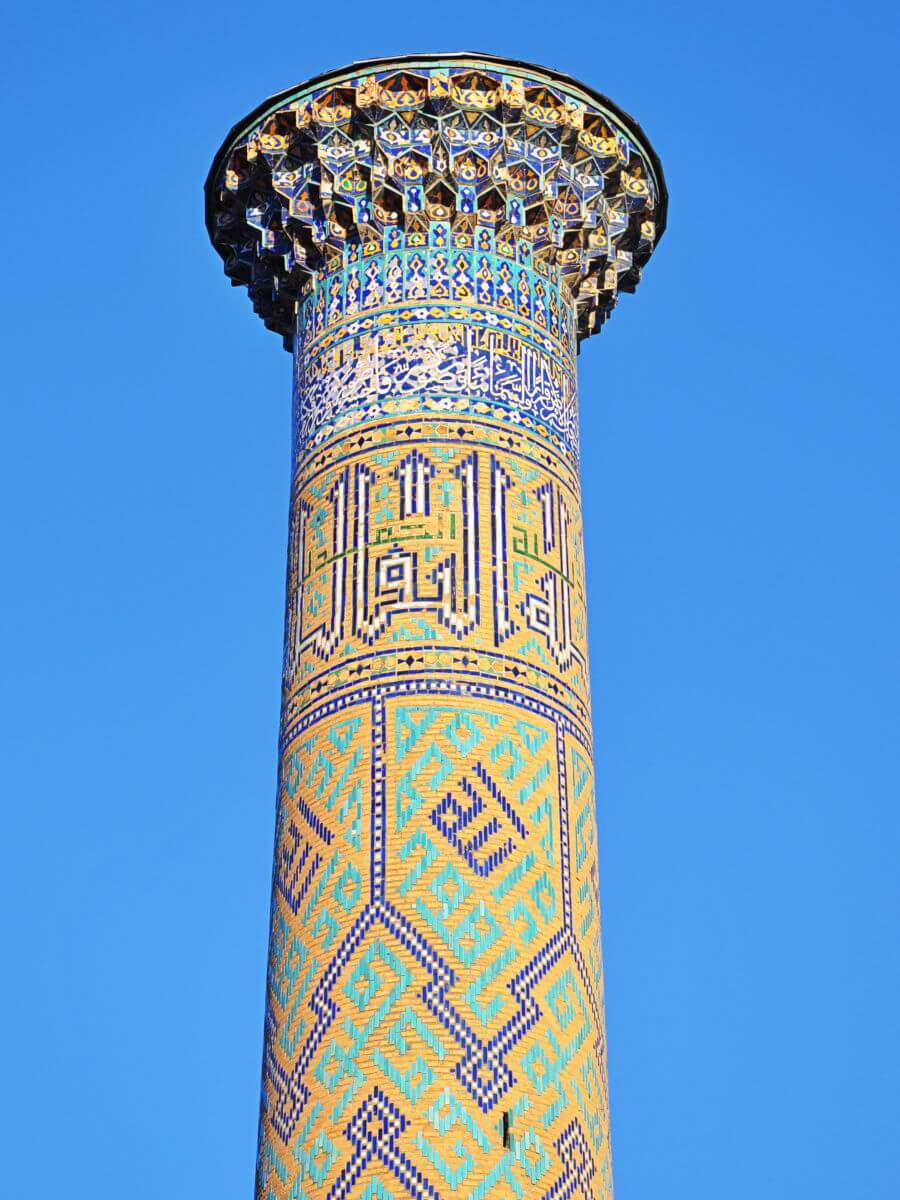 Comment: When planning your journey into Uzbekistan, you could consider flying through Moscow. Aeroflot offers flights to Samarkand several times per week. This would save you one night in Tashkent as well as the train ride from Tashkent to Samarkand. In this case, the itinerary will be revised as you will visit Tashkent at the end of your trip only. Please contact us for more information about this option.

Welcome to Uzbekistan!
Your driver will meet you at the airport and drive you to the hotel. Check-in time is 14.00.

Explore Uzbekistan’s capital Tashkent by car. Despite its modern appearance, Tashkent is 2200 years old. Today you will visit the historical part, the complex Khast-Imam, where the famous Koran of Caliph Osman is kept. You will have the chance to experience the local bazaar, Chorsu. In the city’s modern part, you can visit Independence Square, Amir Timur Square and the Museum of Applied Arts. Furthermore, a metro ride is included in today’s itinerary. Many stations of Tashkent’s metro have a very unique design and are considered as one of the city’s attractions. Overnight stay in Tashkent.
The duration of the tour is 4-5 hours.

Transfer to Tashkent train station. Morning speed train to Samarkand (2 h 12 min). Your driver and tour guide will meet you, and you will start your tour in Samarkand by car. It’s time to explore Tamerlane’s capital, which is one of Uzbekistan’s most famous cities. Samarkand’s architectural monuments will amaze you with their beauty and brightness of colours. The city’s most famous place is Registan Square, which consists of three impressive madrasahs. You will see the largest historical mosque of Central Asia Bibi-Khanum, next to which the famous Siab bazaar is located (closed on Mondays). Shakhi-Zinda, the street of mausoleums, is one of the holy sites, where one of Prophet Muhammad’s cousins is buried. The Gur-Emir Mausoleum was originally built for Tamerlane’s favourite grandson, but later became a family crypt, where Tamerlane himself was buried as well. Ulugbek, one of Tamerlane’s grandsons, was a great astronomer in the 15th century and built a famous Observatory, which allowed him to make the most precise calculation of the length of the year at his time. Overnight stay in Samarkand.

The duration of the tour is around 6 hours.

Today you will visit a silk paper workshop, where silk paper is handcrafted according to the old technique, the Afrasiab Museum and the St.Daniel's Mausoleum, the Saint, who is known in three world religions. After the tour, you will have some time at leisure. Overnight stay in Samarkand.

Drive to Bukhara (270 km, 4-4,5 h). On the way, you will stop to see the ruins of Caravansarai Rabati Malik and Sardoba (water reservoir), an ancient hostel for merchants on the Great Silk Road. Continue to drive and stop in Gijduvan. Gijduvan is one of the most famous centres of ceramics and embroidery. You will visit a family workshop where the secrets of the unique Gijduvan style are passed on for generations. Then drive towards Bukhara (50km, 1h). Before reaching the city centre, you will visit the Ismail Samani Mausoleum which is considered to be a masterpiece of the 10th century’s architecture, as well as the Chashma Ayub Mausoleum. After check-in at your hotel, enjoy time at leisure. Bukhara was one of the biggest trading centres and stops for caravans during the Great Silk Road and has a rich history. Overnight stay in Bukhara.

Continue sightseeing tour in Bukhara on foot. Your guide will show you the citadel Ark, the residence of Bukhara’s emirs since the 1st century. After visiting the Poi-Kalon complex (Kalon Minaret, Miri-Arab Madrasah, Kalon Mosque), which is one of the most beautiful places in the city, you can stroll through the three trading domes. Explore the favourite square of local citizens Lyabi-Khauz, which is the centre of the old town and surrounded by several architectural monuments.
Transfer to train station at 14.50. Train to Tashkent at 15.50 (3 h 50 min). Transfer to Tashkent`s hotel. Overnight stay in Tashkent.

You driver will transfer you to the international airport.